Michael “Vanna” Obusek (b. July 10, 1966) is former staff of the Travelers Social Club and the Pegasus nightclub where he worked both on and off stage as a bartender, house manager, show director and drag performer between 1986 and 1999. Michael had moved to Pittsburgh from his hometown of Elizabeth, PA, at the age of 18 in search of a gay scene in city. After surviving a liquor control raid at the Traveler’s Social Club in 1986 and testifying to protect the club during a subsequent trial, Michael was offered a job as a bartender, beginning the next decade of his life in the bar business and club culture. When a workplace accident forced him to quit his position at Travelers, former co-workers helped him transition to Pegasus, where he stayed until leaving the bar scene permanently to pursue degrees in interior design and education in 1999.

Michael’s drag name “Vanna” comes from the bar-adjacent Steel City Softball League, where many businesses had their own teams. When his teammates on “Pittsburgh Vice” were picking out drag names for an upcoming league benefit show, Michael’s long hair and permanent smile reminded everyone of “Vanna from T.V.” The name and the drag stuck. Vanna continued to perform in benefit shows and fundraisers in the city, then running for Miss Pittsburgh 1993 where she was 1st runner up, and again in 1994 when she was crowned. In 1997 she also won the title of Miss Three Rivers. During these years, Vanna found mentors in Pittsburgh legends including Miss Coco (of the Lavender Lads) and Denise Darshell (nationally traveling performer), and collaborated with his own generation’s stars like Kierra Darshell, Formika Dinnette, Ladonna L’Amore, Toffee English, Eva Destruction and many more found in this collection.

Vanna donated these tapes to the Pittsburgh Queer History Project following an oral history interview with Harrison Apple. In their conversation, Vanna explained that the tapes are more than a product of her own work in the bar scene. They are the result of the thousands of people who made these venues a place in which they belonged. While some tapes may have been passed on from individuals, most seemed to accumulate at the bar until Vanna took them home. She has passed them on to the PQHP as a unique document of the city during the decline of private clubs, the height of the AIDS crisis, and a shift in club culture toward an imperative for public politics. As a collection, they remind us that the work of “community archives” is to recirculate these materials. We hope that as part of the PQHP archives, they provide an opportunity to both recognize the distance between ourselves and the events on-screen, as well as the immediacy and closeness of these magnetic tapes to the everyday work of remembering in the present.
This collection is divided into four series:

Photographs - Photographs of Vanna and her friends in drag, including images of Eva Destruction and Toffee English used for Vanna's Miss Pittsburgh 1994 step-down show.

Items in the Vanna (aka Michael Obusek) Collection Collection 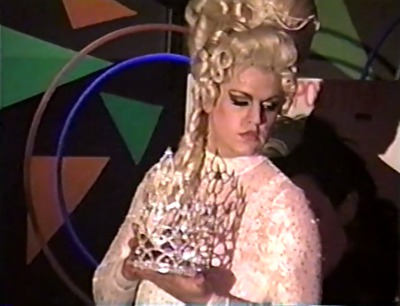 “The 12 Drags of Christmas,” Pegasus 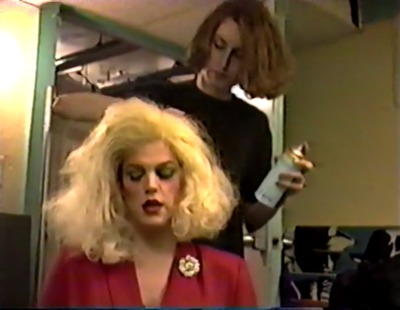 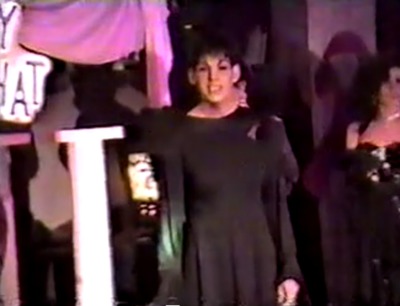 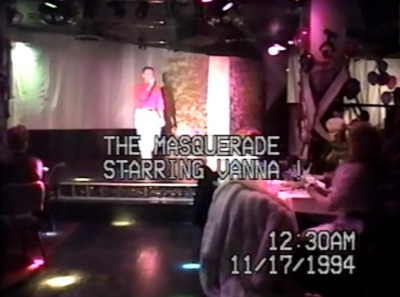 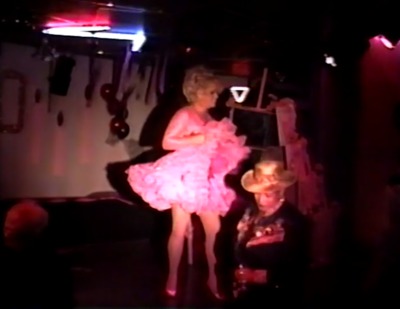 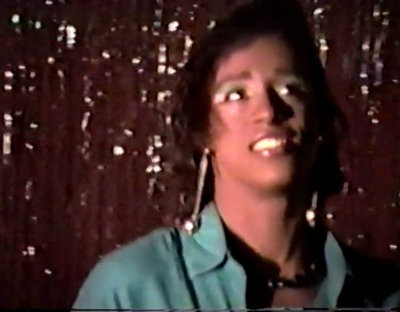