These 12 mixtapes were made by DJs Donald Sheffey and Larry Seaman respectively during their time at Zack’s Fourth Avenue in Downtown Pittsburgh. Though many DJs in Pittsburgh made tapes to sell to supplement the low rate offered by most clubs, the tapes in this collection were made specifically for in-house use, usually played early in the night before the crowds arrived. The tapes were collected and preserved by Brian Czarniecki, lightboard operator for Zack’s Fourth Avenue, and lent for digitization to become part of the Pittsburgh Queer History Project archives.

Zack's Fourth Avenue, located at 333 Fourth Avenue in Downtown Pittsburgh, was a three-level nightclub in the former Pittsburgh Stock Exchange building (built in 1903, currently owned by Point Park University). The nightclub included three separate bar areas: "David's Den" was located in the original basement vault and named for David's Bar (displaced from it's original location at 632 Penn Avenue for the expansion of Heinz Hall), Zack's main bar and dance floor on the first floor and balcony, and Players Loft, a lesbian centered bar area on second floor with a separate DJ and sound styem, managed by Joyce McIntyre who formerly operated Players 430 as a standalone bar at 430 W. 8th Avenue in West Homestead. Donald and Larry's tapes were made to be played on the main floor, where as well remembered DJ's like Dia Torregrosso would control the music in Players Loft.
A music aficionado, then and now, Brian Czarniecki was working at Zack’s Fourth Ave in mid-1985 as a daytime lunch waiter and evening cocktail waiter, when he convinced the management to let him operate the light board. With the DJ booth conveniently located in the Balcony Bar, right above the dance floor, his passion for music fueled his imagination with the array of lights before him, creating a dazzling display for the dancers below. Brian was the recipient of a Lambda Award in 1987 for Best Lighting Technician.
Donald Sheffey, now running his own real estate businesses in Manhattan and the creative mind behind his music company, Weezie Productions, was the celebrated DJ of Zack’s Fourth Avenue between 1984 and 1987. Donald has had a life-long love affair with curating and creating dance music that made Zack’s a legendary nightclub. Donald was born and raised in the Hill District, attended Central Catholic Highschool, and worked as a dining room captain at the famed French restaurant “Les Nuages” located in the downtown Fulton Building, within the Studio 54-esque nightclub “Heaven.” He became a DJ through his friendship with Heaven’s lightboard operator and soon after moved to “Frankie’s Stock Exchange” (later named “Zack’s Fourth Avenue”) located in the former Pittsburgh Stock Exchange Building at 333 Fourth Avenue. Besides curating music for the dance floors of grand architectural treasures, Donald drew inspiration from New York’s Paladium nightclub, working with Brian Czarniecki to incorporate a video projection and changing light gels to make Zack’s a unique venue in Pittsburgh's downtown club scene. His record selection drew from the “No Frills” record pull run by DJ Billy Sandor, and the Northside’s “Stedeford’s Records." His taste pushed against the norm of high energy Euro dance music played elsewhere in the city, and repeatedly experienced racist backlash for his choice of now classic R&B hits. His music taste filled the dance floor everyday of the week, capturing the interest of dance and theater students from the downtown Point Park campus. Now and again he hears a song on the radio or Pandora that he would have played at Zack’s, and he thinks back to his friends/co-workers that made Zack’s so memorable, like Dia Torregrosso who DJ’d for the upstairs “Players Loft” managed by Joyce McIntyre, Fred Mergener who bartended the club’s basement bank vault bar “David’s Lounge,” and of course Brian Czarniecki, the club’s award winning light tech.

Accession 2015-02
Brian Czarniecki donated these materials to the PQHP in 2015.
This collection was processed by Harrison Apple and Dani Stuchel. 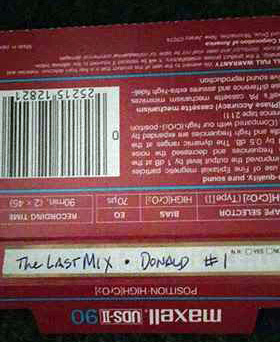 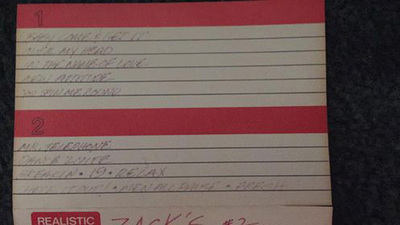 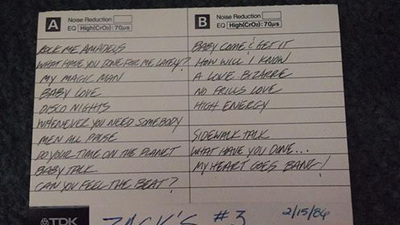 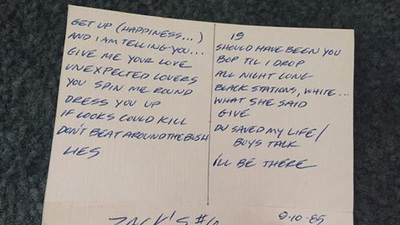 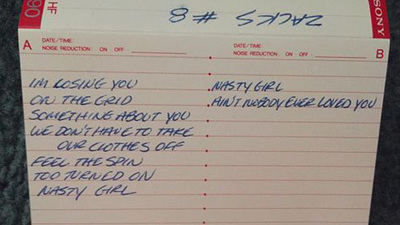 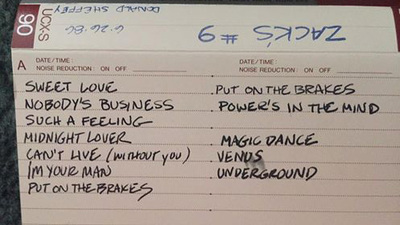 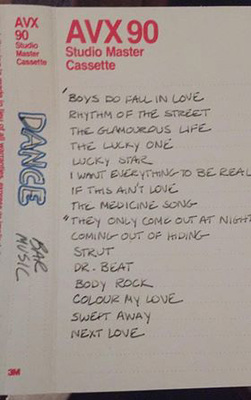 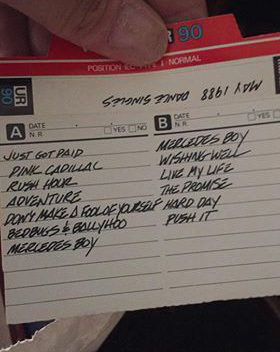