The collection contains photographs, publications, and ephemera produced broadly for the LGBT population of Pittsburgh from the 1980s to the 1990s with an emphasis on documentation of social events tied to gay owned and operated bars. These materials were collected by Chuck Tierney as a bar patron, employee, and owner.
Charles “Chuck” P. Tierney (b. March 29, 1948 – d. October 11, 2017) was a gay business owner and community organizer in Pittsburgh Pennsylvania. With his partner Chuck Honse, he owned and operated the Holiday Bar in Oakland for over 40 years, along with New York, New York (now 5801 in Shadyside) Images Bar (Downtown), The Fourth Avenue Stock Exchange (Formerly Zak’s 4th Avenue Downtown), and Gilbert’s Restaurant (now the Bloomfield Bridge Tavern in Bloomfield). His role as a business owner extended to the co-founding of the Pittsburgh Tavern Guild, the Golden Triangle Picnic Association, and The Delta Foundation of which he was an emeritus board member until his death. His reputation as a prominent business owner and community figure helped him organize philanthropic efforts including the City Theater AIDS Benefit for the Shepherd Wellness Community, and the 1989 Memory Project quilt display at the Convention Center in Downtown Pittsburgh.

The collection is divided into 5 series:

Series 1 – Ephemera: This series contains objects created for bar promotions or advertisements, including matches, pins, and cups. It also includes Lambda awards presented to Tierney and his businesses.

Series 2 – Photographs: This series contains photographs of Tierney’s bars, including images of patrons, friends, and remodeling projects. The series includes one photo album of vacation photos, which is restricted to individuals depicted in the album.

Series 3 – VHS tapes: This series contains videos in VHS format which document performances and pageants at bars in Pittsburgh, some owned by Tierney.

Series 4 – Newspapers: This series contains copies of newspapers produced for the gay & lesbian community, as well as regional papers such as the Pittsburgh City Paper. Newspapers in this series tend to include stories on events or issues of impact to LGBT communities in the city and nationwide. This materials have not been digitized and are not yet available.

Series 2 contains a photo album of vacation photographs. This album is limited to individuals depicted in the album.

Series 3 and 4 contain materials which have not yet been digitized and are not available to researchers at this time.

Accessions 2013-03, 2013-04, 2014-03.
Charles Tierney contributed his personal collection of 168 items to the Pittsburgh Queer History Project in October of 2013 and November of 2013 while attending photo identification sessions preceding the June 2014 exhibition Lucky After Dark: Pittsburgh’s Gay and Lesbian Social Clubs 1960-1990. Close friend and former employee “Lexi” donated the commemorative “Last Call for the Holiday Bar” mug during the Lucky After Dark exhibit.
This collection was processed in 2017 by Harrison Apple and Dani Stuchel. 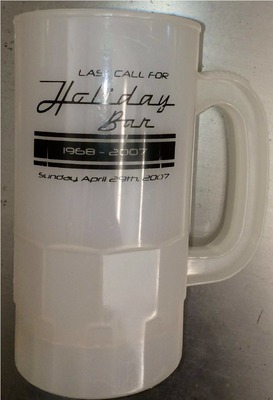 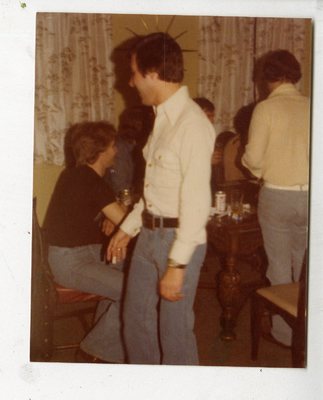 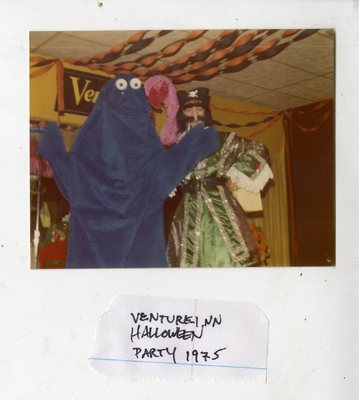 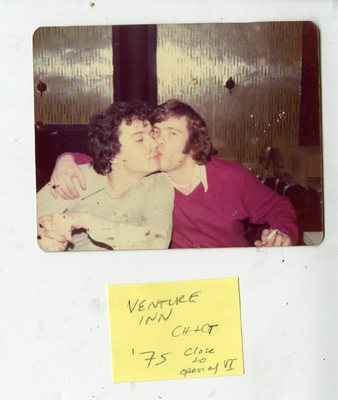 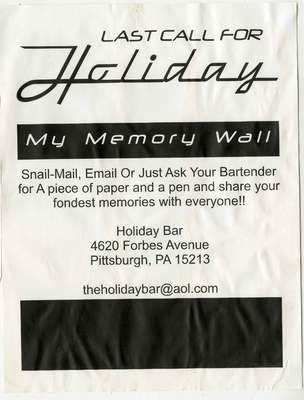 Instructional Flyer for Last Call for Holiday "My memory wall" 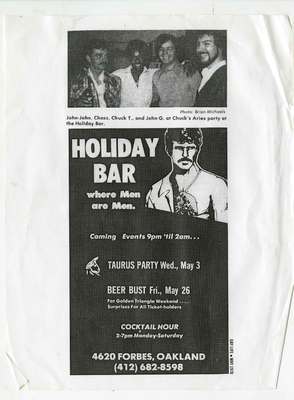 Photocopy of advertisement for the Holiday Bar Taurus party from Gay Life Magazine, May 1978 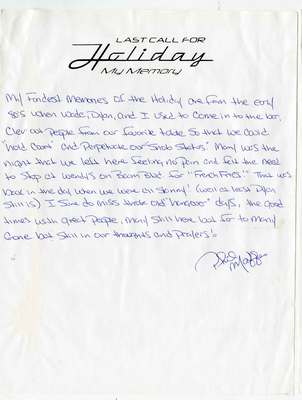 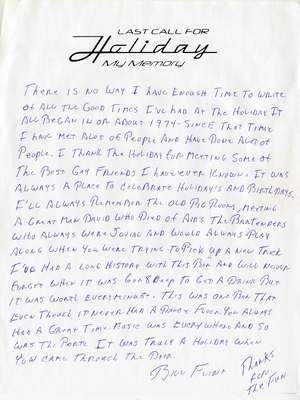 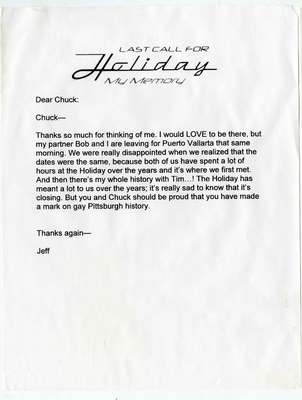 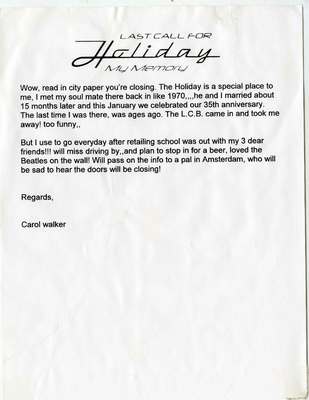